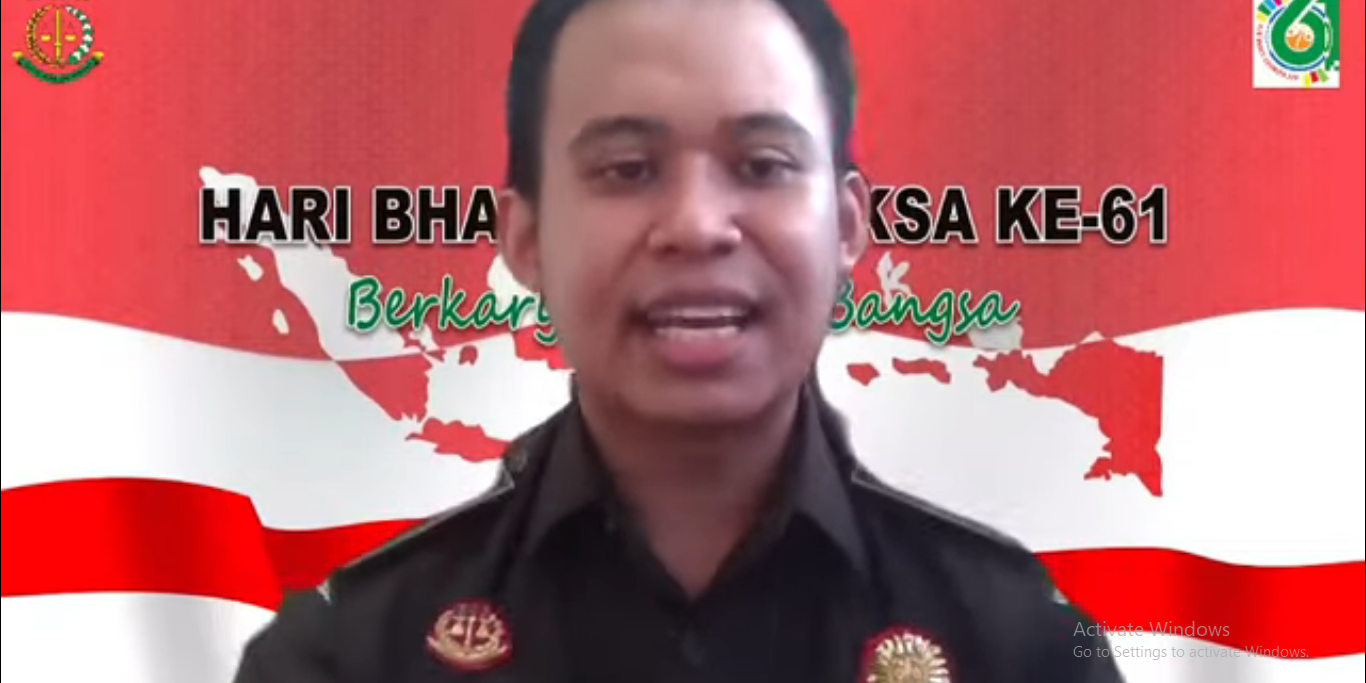 Currently, Rudi serves as a Functional Prosecutor of the Special Assistant to the Attorney General who is currently assigned to the Prosecutor’s Commission. His writings have an idea about the steps that must be taken by the prosecutor to prevent corruption by individual prosecutors in carrying out their duties and authorities.

“Integrity of an attorney is important, since it is the basis of dominus litis and keeper of criminal justice system. If the attorneys are all good, the system would also be good. The relation between integrity and attorney is really close and inseparable,” he explained on the final of LKTI State Attorney’s Office, on Friday, 16 July 2021.

Rudi also explained that there are three main points to prevent corruption within the (attorney) office, namel by setting the national integrity figure, encouraging personal independency and accountability of an attorney and protecting the attorneys who have integrity.

“I propose the late Attorney Baharuddin Lopa as a national integrity figure. He was known as a figure who uphold integrity, honesty and simplicity. His stories should be used as training subjects in education and training for the formation of attorney,” he continued.

Based on the research he obtained from ICW, the modus operandi of corruption by individual attorney is mostly done when determining articles and demands. Thus, in the international statutes, prosecutors need to be given room for dissenting opinions to make a dissenting opinion or a concurring opinion. This is to encourage the independence and personal accountability of an attorney.

“Meanwhile, as a form of protection on attorney who have integrity, in the code of conduct, an attorney is allowed to re refuse orders from superiors that are contrary to legal norms. This is an implementation of the principle of attorney’s independence which is universally applicable,” he added.

Due to his straightforward and comprehensive presentation, Rudi was able to outperform the other two finalists. His writing had the opportunity to be published on Bina Adhyaksa Journal of the Indonesian Attorney General’s Research and Development Center. This year, about 71 people participated in the competition and only three of them were entitled to present their writing in the final round.

Rudi was also recorded as Semi-finalist of Constitutional Debate at the University-level in Indonesia (National-level, Region III, Indonesian Constitutional Court), Researcher of the Judicial Commission for Research on Judge Decisions, Paralegal Street Law for Indonesian Migrant Workers at the Indonesian Embassy in Kuala Lumpur.

Since he was in college, Rudi has been actively writing and becoming interviewee in various student activities within Universitas Pasundan. His achievement and spirit have also led him graduated as Unpas’ best graduates in 2012/2013. (Reta)*

West Java KPID in Collaboration with Unpas FISIP to Monitor the Content of Broadcast and ASO Research
October 3, 2021