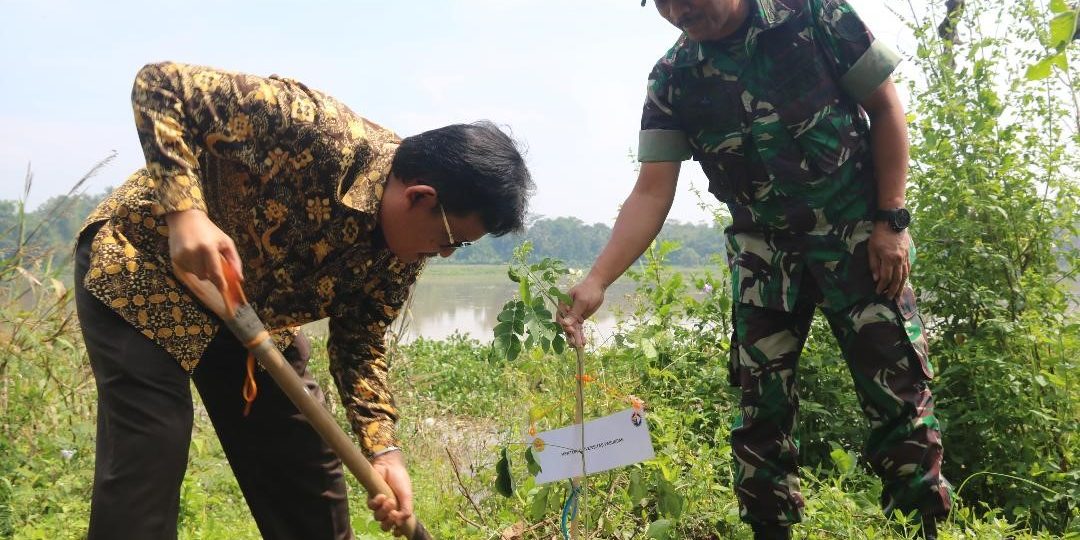 BANDUNG, unpas.ac.id – Since 1970, a massive awareness movement against environmental pollution was carried out in the United States and became the forerunner of Earth Day which is celebrated every April 22nd. This movement denounced air pollution from motorized vehicle and industrial activities which at that time were out of control.

The movement itself was interpreted by Unpas Head of Department of Environmental Engineering Faculty of Engineering, Dr. Ir. Anni Rochaeni, M.T., as something that needs to be done continuously. According to her, the commemoration of Earth Day is related to human activities which always have a significant impact on the environment and affect health.

“What we stand for in the Department of Engineering is to ‘manipulate’ the environment to handle the pollution impacts. This ‘manipulation’ starts from the sources and ends in the solution [if it attacks water, land/field, or ever air],” she explained, on Thursday (April 22nd, 2021)

The ‘manipulation’ can be done by maintaining and treating the water waste. Before being discharged into water bodies, the waste needs to be technically engineered so as not to contaminate water sources. From the water body, it will be further processed to become potable water.

Other than that, the ‘manipulation’ can also be implemented to reduce air pollution; for example, by giving or providing the solution on industrial pollution source. By maintaining or treating the pollution first, it could fulfill the quality requirement.

“If it could not be reduced from the source, the technical manipulation will work and treat the pollution before it is released. Therefore, what is released to the air has already fulfilled the quality requirement,” she explained.

She also continued that on a macro level, Department of Environmental Engineering also provides input to policy experts; such as providing suggestion on natural potential and pollution that can disrupt environmental sustainability.

As proofs of our awareness on the commemoration of Earth Day, there are 3 simplest steps to do to reduce environmental pollution; by doing 3R (Reduce, Reuse, Recycle). We can also maximize waste reduction at home.

“When discharging the waste, we should follow the instruction or regulation system of waste collection and distribution provided by the city. If there is no such system, we can do 3R sorting more broadly, for example by making organic waste composting with the neighbors. We can also make a waste bank for inorganic ones, so that the environment will bear less waste,” she continued.

The water usage should be as frugal as possible because the water sources are now being limited. We could make sure the plumbing system at home does not leak and make sure it uses sanitary equipment that can measure water use.

“What is really most important is to pay attention on air pollution from vehicle emission. If we have a vehicle; both car or bike, the simplest step to protect the earth is by taking care of them properly. Vehicle oil much be changed regularly so that the combustion process and the resulting exhaust gases would be more perfect. Or, we can also use a less-lead fuel for our vehicle,” she added.

She also suggested to the public to always protect and love the earth as kind as possible and do some activities which can reduce pollution. Earth Day becomes a moment to remind human to keep loving the Earth more.

“We need earth, more than it needs us. Earth can live without us, but we cannot live without the earth. Besides, Al Qur’an taught us that the earth is a place we live. Therefore, we should love it, because it will be passed on to our children and grandchildren. Do not pollute the earth or we will suffer the direct impact of it,” she ended. (Reta Amaliyah S)