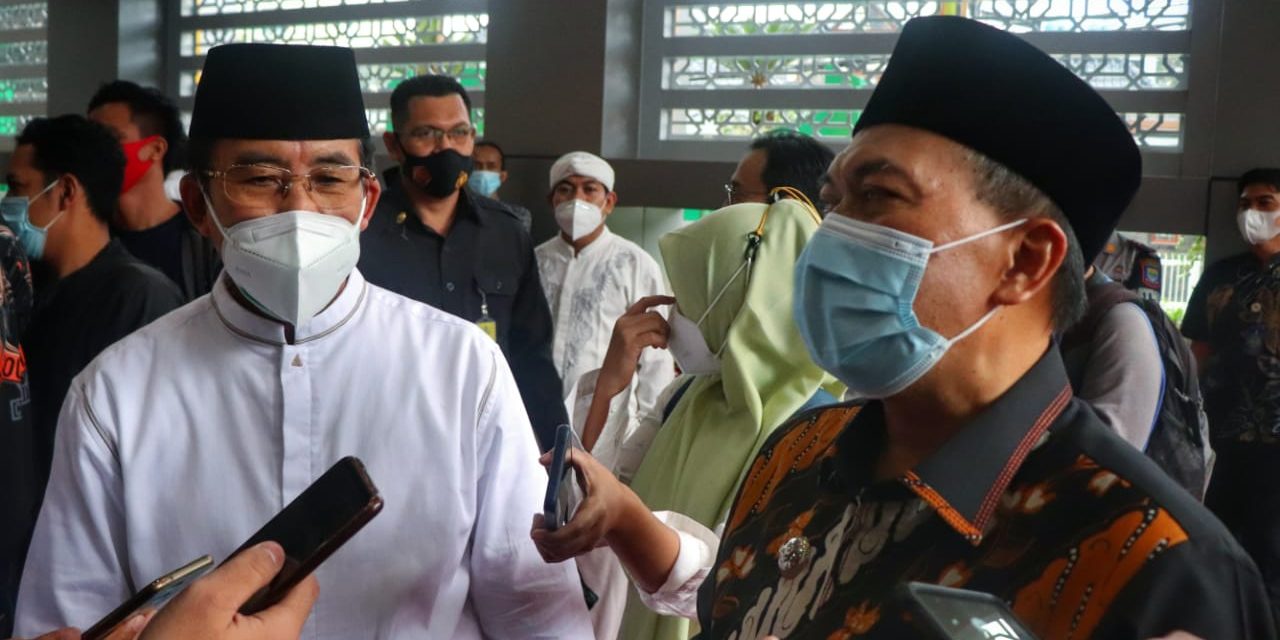 Rector of Unpas, Prof. Dr. Ir. H. Eddy Jusuf Sp, M.Si., M.Kom., IPU stated that Ulul Ilmi Mosque was the first one being officially announced compared to another building construction. There are also new construction buildings to be announced: the first one located in Unpas Campus II and the second one, Pasundan Hospital, in Jalan Panatayuda.

“By this announcement, Ulul Ilmi Mosque holds a first official Friday Pray after the construction. We hope the mosque would be useful and be shibghah for students and all Unpas academic community,” he said.

The Rector also stated that this official announcement is not only a ‘physical’ building, but also it could be in line with the purpose of education and realize Unpas vision to maintain, keep and develop Islamic syiar.

“We hope it would be in line with the education purpose: to create a noble person who has competence and to make it a place for enlightenment. We will also invite some interviewees to be a keynote speaker in this mosque,” he explained.

To adapt the adjustment during Covid-19 pandemic, the worships in Ulul Ilmi Mosque still pays attention and sticks to the health protocol set by the government. These include maintaining a distance of approximately 1.2 meters and reducing the capacity from 400, to a maximum of 100 people.

Meanwhile, Chairman of Paguyuban Pasundan, Prof. Dr. H. M. Didi Turmudzi added that the concept of Ulul Ilmi Mosque must be in accordance with the mission of Paguyuban Pasundan; one of which is to keep and maintain Islamic syiar. This is actualized by putting 2 credits of Religion Course made previously in Pasundan basic value.

“The mosque was built as center of civilization. Therefore, students are given chance to maintain it and carry out various activities here, so that it can be a place where Islamic knowledge develops,” he ended. (Reta Amaliyah S)*