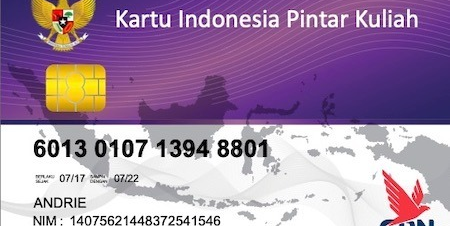 BANDUNG, unpas.ac.id – The release of program Kartu Indonesia Pintar Kuliah (KIP-Kuliah) is nicely welcomed by students throughout Indonesia. Since last year, KIP Kuliah has been officially replacing Bidikmisi program as an aid for prospective students with economic limitations, but excellent in both academic and non-academic.

According to the information listed in the website kip-kuliah.kemdikbud.go.id, the recipient quota for 2021 KIP Kuliah reached as much as 200 thousand students. The benefits consist of tuition fee (based on study program accreditation) and cost-living fee (based on regional price index).

Before the release of KIP Kuliah, Universitas Pasundan has already accepted students from Bidikmisi program since 2012/2013 academic year. This is as a form of Campus Social Responsibility (CSR).

Unpas is one of the private universities that received the achievement and appreciation from the government for its succeed in maintaining administration and training of Bidikmisi program. Therefore, Unpas has been professional and skillful in organizing Bidikmisi which has now been substituted to KIP-Kuliah.

The period of giving KIP-Kuliah is adjusted to the period of study it should be, a maximum of 4 years for undergraduate programs and 3 years of diplomas. If the deadline is exceeded, then the next semester fee will be charged to the individual.

“It is extra ordinary, indeed, fully given and valid until the students graduate, only if they stick to the rules that has been stipulated before; for example, if their GPA keeps going up,” he continued.

Before registering in Unpas by using KIP Kuliah, new students requires to register independently, fulfill the form of personal information and upload few documents and print the examination card in the websites kip-kuliah.kemdikbud.go.id as well.

“If the prospective students have already registered in the website, they are allowed to register to Unpas by the available entry. There would be written test, interview, and data verification,” he ended. (Reta Amaliyah S)*